Plan Your Future, Build Your Legacy.

You are at: Planned Giving > Gift Options > Donor Stories 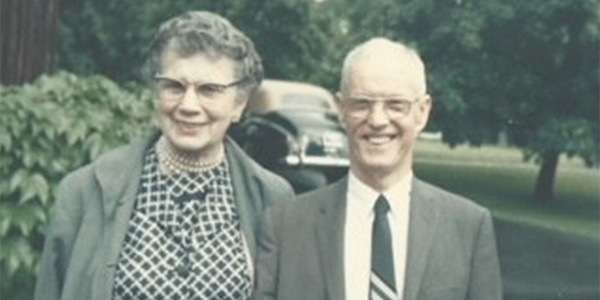 Clayton W. Nash was born October 27, 1891, Weymouth MA. Youngest and smallest of 7 children, when he was a baby he slept in a drawer of his parent's bureau. Clayton wanted to be a farmer and attended U-Mass Amherst which was then called Mass Agriculture, during that time. He decided on studying law while in school and followed in the footsteps of his brothers Tom and Ken Nash (Judge of the district courts). Clayton Nash took his LL.B. at Northeastern University and was successfully engaged in the practice of law in Dedham and living in Weymouth.

Clayton was a Weymouth guy he was born and bred and lived his whole life in Weymouth. He was very pleased to serve on the hospital board and participate in the growth of the hospitals facilities and programming knowing that the hospital could provide comfort to the residents in the community. He would be happy to see his gift has helped so many in the community and will continue to grow and support South Shore Health future while leaving a lasting Legacy for future generations.

Become a Member
of Our Legacy Society